We have 342 guests online 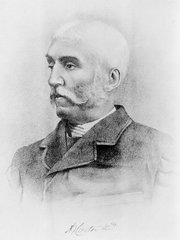 English physician, surgeon, medical artist, and a pioneer in leprosy and mycetoma studies.  HV Carter was born in Yorkshire in 1831. He was the son of Henry Barlow Carter, a well-known artist and it is possible that he honed his natural talents with his father. His mother picked his middle name after a famous painter, Anthony Van Dyck. This is probably why his name is sometimes shown as Henry Van Dyke Carter, although the most common presentation of his middle name is Vandyke.

Having problems to finance his medical studies, HV Carter trained as an apothecary and later as an anatomical demonstrator at St. George’s Hospital in London, where he met Henry Gray (1872-1861), who was at the time the anatomical lecturer. Having seen the quality of HV Carter’s drawings, Henry Gray teamed with him to produce one of the most popular and longer-lived anatomy books in history: “Gray’s Anatomy”, which was first published in late 1857.  The book itself, about which many papers have been written, was immediately accepted and praised because of the clarity of the text as well as the incredible drawings of Henry Vandyke Carter.

While working on the book’s drawings, HV Carter continued his studies and received his MD in 1856.

In spite of initially being offered a co-authorship of the book, Dr. Carter was relegated to the position of illustrator by Henry Gray and never saw the royalties that the book could have generated for him. For all his work and dedication, Dr. Carter only received a one-time payment of 150 pounds. Dr.  Carter never worked again with Gray, who died of smallpox only a few years later.

Dr. Carter dedicated the rest of his life to the study of leprosy, and other ailments typical of India at that time. He held several important offices, including that of Dean of the Medical School of the University of Bombay. In 1890, after his retirement, he was appointed Honorary Physician to the Queen.

Personal note: Had history been different, this famous book would have been called “Gray and Carter’s Anatomy” and Dr. Carter never gone to India. His legacy is still seen in the images of the thousands of copies of “Gray’s Anatomy” throughout the world and the many reproductions of his work available on the Internet. We are proud to use some of his images in this blog. The image accompanying this article is a self-portrait of Dr. Carter. Click on the image for a larger depiction. Dr. Miranda 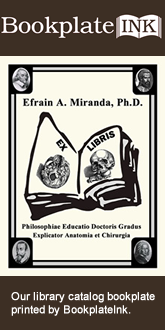